Million interesting projects, million interesting people. It was a pleasure being present at the second MakerFaire in Rome. We presented Oktopod Studio V3.2 to the world and had a lot of fun. Who was loud enough, got a stamp on his Oktopod postcard. It turned out that being loud in Italy is not a problem!:)
Instead of many words, see some random pics from the faire and get inspired!

END_OF_DOCUMENT_TOKEN_TO_BE_REPLACED

We are happy to be accepted for the MakerFaire Rome 2014. Come to see us on 3-5 October!

The  Maker Faire  is the largest event in the world of innovation, an exhibition devoted to the whole family that focuses on creativity and inventiveness in addition to being the celebration of the “Maker Movement”.  END_OF_DOCUMENT_TOKEN_TO_BE_REPLACED

Great new project, realized by Pavle in Beograd, Srebia in the elementary school Milan Đ.Milićević. His cool boat is powered by solar panels and the motor power is regulated by the Oktopod Board. The simple three level drive logic is programmed in WishList. END_OF_DOCUMENT_TOKEN_TO_BE_REPLACED

Many thanks for the great article from Atmel Corporation! (click on the image to read the post) 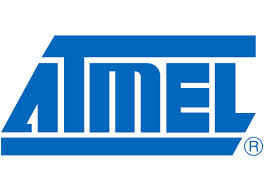 Moscow. An exciting journey where we presented Oktopod Studio at the conference “YOUTH. TECHNOLOGIES. UNIVERSE”, which was held at Moscow State Aviation Technological University (in short MATI). END_OF_DOCUMENT_TOKEN_TO_BE_REPLACED